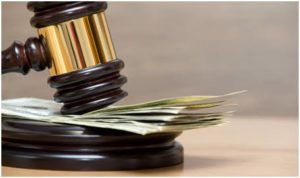 The COSTS of an attorney.

Attorneys are entitled to be paid, right? Of course they are but are there any limits?
Yes, there are and let us explain the different types of costs an attorney can charge for his/her
services.

Party and party costs are costs allowed by the Court to a winning litigant, without an agreement
to a different scale, and are set out in the Magistrate’s Court Act 32 of 1944. There is a rising
scale A, B + C, based on the amount in dispute.

Attorney and client costs are on the same tariff as party and party costs on scale C (the
highest) but with more items allowable, like communications between attorney and client which
are not recoverable on the party and party scale. These costs are usually agreed to in a contract.
Attorney own client costs are the costs they charge the client when the client enters into a
mandate with them and are based on an hourly rate. These costs are much higher than the
legally recoverable costs. So it is important to look at the initial amount in dispute to determine
whether litigation is worthwhile.

From the above we can see that attorney and client costs and attorney and own client
costs can be considerably more than party and party costs.

In MB v NB 2010 (3) SA 220 (GSJ) Brassey AJ had some interesting observations regarding
mediation:
I [48] in the opening paragraphs, I said that the process by which this case had been resolved
had been a tragedy. So it is, not so much because of the time taken to resolve the issues (as I
have already said, the parties were commendably efficient in making the case ready for trial), but
because of the legal costs that the parties will have to bear, unless something is done to
mitigate them. From the evidence it seemed to J emerge that the cumulative costs will be at
least R500 000 and may be as much as R750 000. That a sum of this nature might have been
put to A better use by the parties – for example, to defray the cost of private schooling for the
children goes without saying.

The judge, rightly so, in our opinion, considers the cost factor a tragedy in that the money could
have been used so much better. He also said that mediation is one of the resolution methods
that has to be considered for a possible settlement during the pre-trial conference. He said that
the legal representatives, at the pre-trial conference, “had no hesitation in answering the question
in the negative”. The plaintiff, Mrs. Brownlee, said that her legal representatives did not suggest
mediation as a way of reaching a settlement. She also thought that it would serve no purpose.
However, the fact that her attorneys did not explain mediation to her, made it impossible for her
to have an informed belief.

The judge, before he made his order said the following:
H [59] In short, mediation was the better alternative and it should have been tried.
On the facts before me it is impossible to know whether the parties knew about the
benefits of mediation, but I can see no reason why they would have turned their backs
on the process, especially if they had been counselled on the matter by the attorneys.
What is clear, however, is that the attorneys did not provide this counsel; in fact, in
the course of I the pre-trial conference they positively rejected the use of the process.
For this they are to blame and they must, I believe, shoulder the responsibility that
comes from failing properly to serve the interests of their clients.

He furthermore said that he had the right to cap the fees the lawyers might derive from the case
and made an order, amongst others, as follows:
But, as to the fees claimable by the attorney, shall not exceed A the
costs recoverable on a party and party basis – as taxed; or, following advice received from an independent legal practitioner, as agreed.

From the above it is clear that the courts are very much in favour of mediation. In this case the
judge actually said that, because the lawyers did not suggest mediation, they had to take
responsibility for the fact that they did not serve the interests of their clients properly. That is the
reason that they could only recover party and party costs.